A Guide to the Best Music Production Software 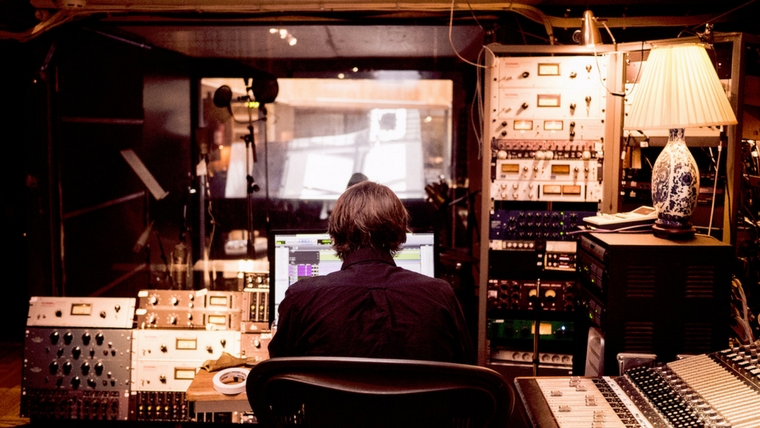 It’s one thing to get your music onto streaming platforms and into people’s speakers, but it’s another entirely to produce it from scratch using music production software.

If you’re looking to lay down your musical ideas into tangible, fully-formed tracks, you’ll need the right music software to develop your concepts and bring your vision to fruition. With plenty of choice out there, and a whole host of options and variety, finding exactly what you need can be difficult.

Each music recording service will offer something different, and no choice is necessarily the ‘correct’ one. It’s all about your budget, preferences, needs, skill level and ability, as each has a unique interface with separate features. From simple beat making to creating the next EDM anthem, every piece of software will offer something different.

We’ve put together a guide to the best Music Production software available, whether that be free, trial-based or a fully paid-for product. Read on to find out which is the right choice for you.

What is meant by a digital audio workstation (DAW)?

A digital audio workstation (DAW) is essentially the glue that sticks all of your creative sounds and ideas together. It is a piece of software that allows users to mix, master, edit and record audio files in any way they wish.

Adding effects, vocals, additional instruments, sounds and flavours to your songs can all be done through a DAW, until you have a final, complete product you’re happy with. Most new and home studios focus on a digital set up, meaning DAWs are their primary music making tool.

This is one of the most popular DAWs on offer, and is a perfect place to start if you’re new to the production scene. It’s free and available for Apple Mac, with an easy-to-understand interface that makes it simple to visualise your project as you go.

Included are built-in lesson functions for guitar and piano, including mapped-out chords and explanations to some of the basics in music theory. USB keyboards are supported and loops are built-in, with additional ones available on the App Store for a fee.

This DAW develops and expands on the free GarageBand app, offering a more professional and advanced setup to provide a wider variety of options and customisation possibilities.

Only available for Mac, this music software is ideal for those looking to further develop and refine their expertise in production.

Your previous projects will move over automatically, and you can alter the interface and turn separate features on or off depending on what suits you. You’ll find a substantial sound library and loop collection on offer and it’s a more economical choice than some alternatives.

With eighteen years of product development and evolution, this is another solid choice for newcomers, with a friendly interface that makes things simple and straightforward. Previously known as Fruity Loops, this DAW offers real time audio stretching, as well as virtual MIDI controllers.

Editing and mixing is all possible here, with MIDI keyboard compatibility and microphone integration available. It also works with both PC and Mac, and is a lower cost alternative to some of the higher-end options.

FL Studio is available in three different editions with free updates from point of purchase.

With a smaller team creating and developing Cockos Reaper, the experience here is more intimate and no-nonsense, with a strip back of inessential features and a focus on VSTs and FX. You can map your MIDI easily, with cutting, pasting, splitting and editing features available for individual tracks.

It’s also available for sixty days as a free trial, meaning you can get a taste of what’s on offer without spending your hard earned cash.

Contrary to other DAWs, Ableton Live is aimed at being an instrument for live performances as well as a means of composing, mixing and mastering. Also included is an array of controls for beat matching, crossfading and other turntablist effects.

2016 saw the release of version 9.5 with a redesigned Simpler sampler and new Max for Live instruments. Ableton Link also allows for wireless syncing between Live and other iOS and desktop apps, meaning quicker and more efficient music production.

You may also like: The Best Music Streaming Sites to Promote Your Tracks

First released in 1989, Steinberg’s Cubase offers a huge choice of sound libraries, with notable score and drum editors. This one isn’t on the cheap side, costing anywhere from £350 upwards, but boasts full control room integration and a suite of over 90 high-end audio and MIDI VST effect processors.

If you’re seeking powerful, top-tier plug-ins, Cubase is one worth considering. It can be a difficult one to learn from scratch, particularly for beginners, but once you’ve got the elements covered, Cubase is extremely useful and impressive.

This one is for the professionals, and has a vast array of features and plug-ins with its own Avid Audio Engine. Also featured is a 64-bit memory capacity, meaning there’s no chance of freezing or lag, as well as latency input buggers and built-in metering.

70 effects and plug-ins including reverb, EQ’s, channel stripping and compressors are accessible and Avid Pro is compatible with both Mac and PC. Considered an industry standard and one of the best available, this is a demanding piece of software that will take a long time to fully master.

Sony’s Acid Music Studio is an affordable option for those without the funds to shell out on something more expensive. While its interface may look a little dated, this DAW boasts particularly strong time stretching capabilities, with tools for loop-based composition and recording.

Additional features include MIDI recording, editing, built-in effects, playback synth with a range of instrument sounds and a respectable mixer. If you can accept the outdated design of the interface, there is a lot to enjoy for the £40 asking price here.

Previously recognised for hardware production, Presonus moved into the DAW business in 2009 with the release of its first version of Studio One. Three iterations later, Studio One offers musicians a rebuilt instrument engine with a new Mai Tai polyphonic virtual analogue synth and an updated Presence XT sampler.

iPad users can also use the Studio One Remote controller app, allowing for portable editing and easy access to your tunes. This is a newcomer to the DAW scene that looks to rival its wider-recognised competition.

A long-running contender in the DAW industry, Propellerhead has remained mostly in top form throughout its seventeen year run.  Reason 9 remains true to much of the style and fit of previous versions, but notably includes three new ‘Player’ features in the browser. These include Scales and Chords, Dual Arpeggio and Note Echo.

Over a thousand new patches have also been implemented, with many tailored toward contemporary dance and pop. For newcomers to the Reason scene, these updates and patches have been filed together in a single place, making it easy to see where the content you need is located.

While a pricier option than some of the lower-end choices, Propellerhead offer a clean interface with plenty of room for customisation and innovation in your projects.

Now that you’ve picked out your digital audio workstations (DAW) of choice, you may be in need of some visuals to go along with your newly-produced tracks. Rotor Videos offers easy, straight-forward music video production without the high costs. Find out more about how to make your Rotor Video here.