We’ve all heard those happy, nostalgic stories of the first time a mainstream artist heard their song played on live radio. But what we never hear is the story of HOW they did it. How do you get radio stations to play your music?

Obviously signed artists have an advantage, with teams that are paid to get them air time. But there’s nothing to stop you as a less-established, independent artist from promoting your music to radio stations yourself. We’re not saying it’ll be easy. But by following a few simple steps—and putting in a little time, effort and persistence—you can improve your chances of getting your song on the radio. 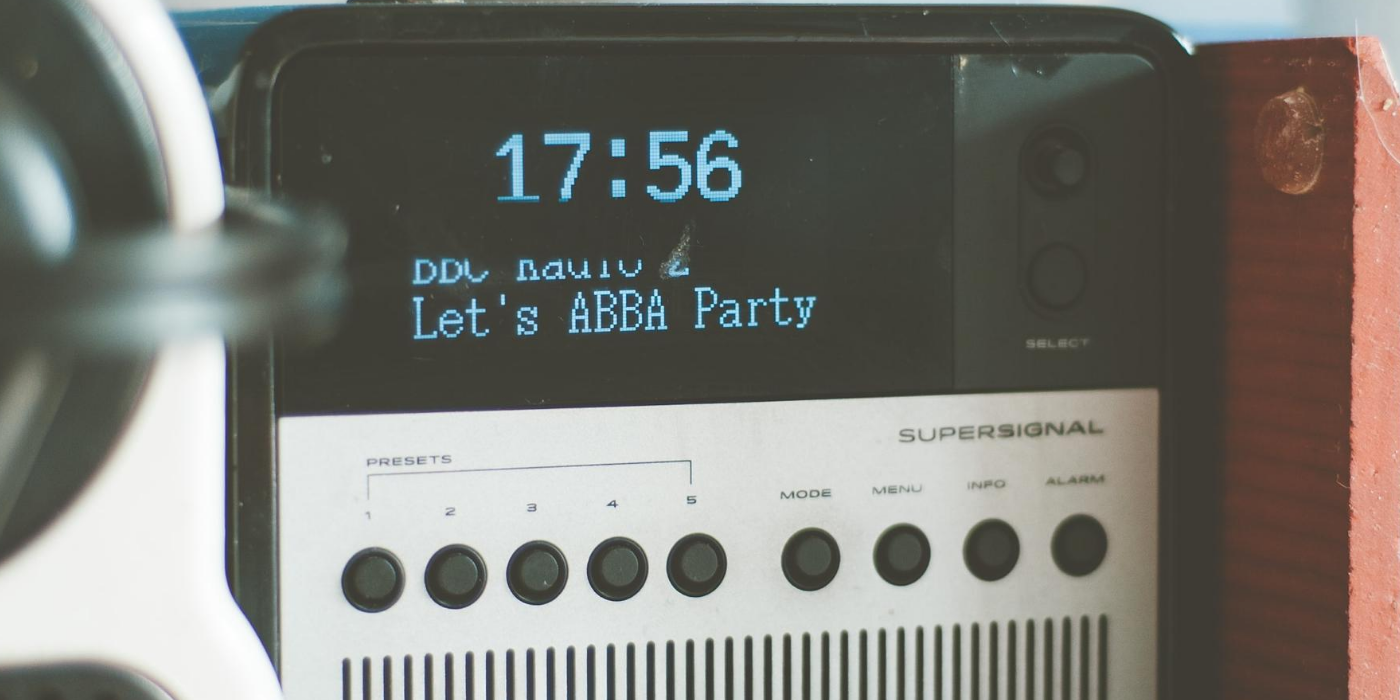 1. Find stations that match your genre

First off, find out which stations play music similar to yours. It seems obvious, but many artists get this wrong and end up pitching their hip-hop track to stations that mainly play pop or EDM–which isn’t a good use of the artist’s time or the station’s. This is partly because getting an overview of the relevant stations to send your music can be difficult and time-consuming, especially on a global scale.

But there are a number of radio station directories online that you can use to help you. For your local radio stations, jump over to this page on TuneIn or Radio Garden. Both use your computer’s location to auto-display stations near you. Streema, Radio Now and Media UK are a few other options.

Competition will be stiff at the top, and smaller stations are better able to play music from up-and-coming artists, so start with your local radio stations. Move on to smaller radio stations in territories with an interest in your type of music. And to keep things manageable, focus your energies on independent, student and/or internet radio stations that accept submissions from new and emerging acts. 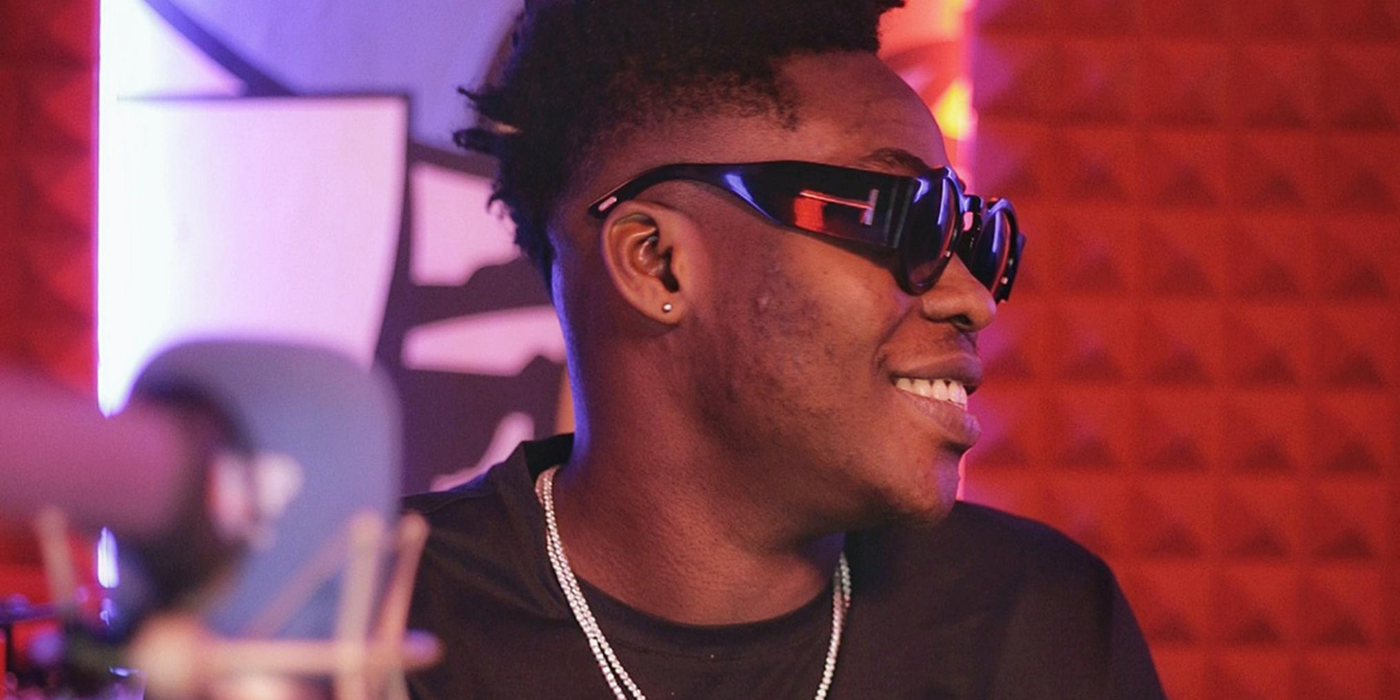 The second step is identifying who to contact at the radio station. Look for contact details for each station’s radio programmers, directors, head of music, and/or DJs of particular shows you want to air on. Usually, program directors are the people who decide on what makes it to radio airplay. But at smaller stations, the hosts/DJs will also have a lot of a say over what they play. 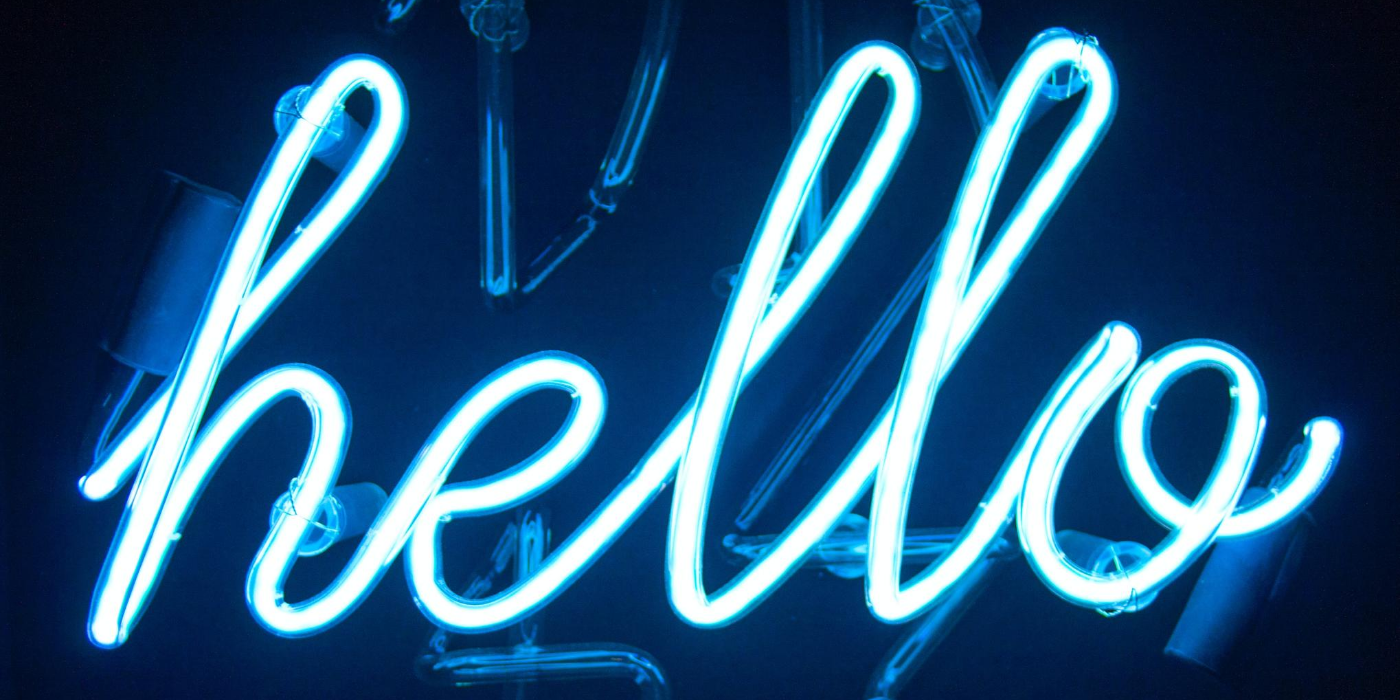 A good pitch is a combo of:

Try standing out a bit. Figure out what makes you special as an artist and what your personal story is. Then don’t be afraid to let them know.

‘Personalised’ means one-to-one email (not a group message) that is unique to each recipient (not a copy and paste job). Use the recipient’s name, mention their show, and explain why you’re reaching out to them (as opposed to other staff) to show you’ve done your research and aren’t just using a shotgun approach.

Finally, expect quite a lot of rejections. It’s normal, so try to roll with it. It only takes one station to catch on, and they could be playlisting you for three times a day for a month!

This is the best strategy when you want to target the bigger radio stations. They’re expensive, no lie. Then again, the awareness, coverage and royalties that you can get from radio airplay can be significant. So promoters can be worth their cost if they deliver results.

A promoter will have a lot of personal contacts with people at different stations, and can pitch your music directly to them. They know the radio stations in the territories they are working in, and know what music would be a great fit for them. So make sure to choose a radio promoter who specialises in those territories that you want to focus on.

How WARM can help you get radio airplay and insights 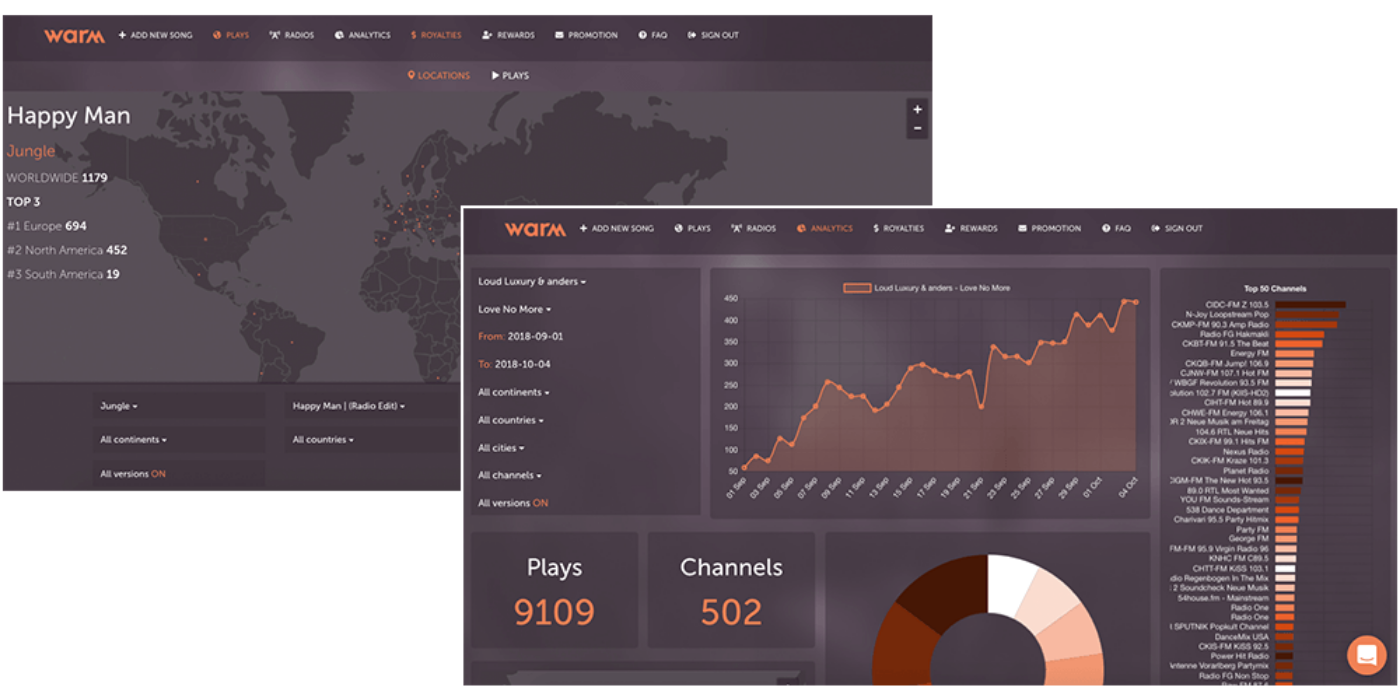 Just because you haven’t pitched your music to radio stations yet doesn’t mean someone, somewhere in the world hasn’t already stumbled upon your track and aired it. Search your tracks and see if and who has played them. Even if it’s as little as one spin, that gives you something to build on. You’ve found one station that already likes your music, so why not contact the station manager or show that played your track to a) thank them for their support, b) let them know you have more on the way, and c) offer yourself up for if they ever need artists to interview or for live in-studio sessions. It’ll help you build key relationships and keep you in the programmer’s mind.

Knowing exactly where you’re being played and how often can also make you more informed about any royalties you’re due as well as be more strategic about things like where to tour and regions to target your social media.

Reports from your promoter are one way to assess how well their efforts are working and whether you’re happy with what you’re getting for your money, but often these come only periodically. WARM’s tracking makes it easy to see real time results instantly—so you can make better and faster decisions. Also, it’s impartial data.

So there you have it: four practical steps you can take to reach out to radio stations and put your music on their radar. Give it a try and let us know how it goes!

Our friends at WARM are offering Rotor Videos customers a 15% discount on all WARM subscriptions. Just visit warmmusic.net and use the coupon code 'rotor15'.