The Best Up and Coming Electronic Artists to Watch Right Now 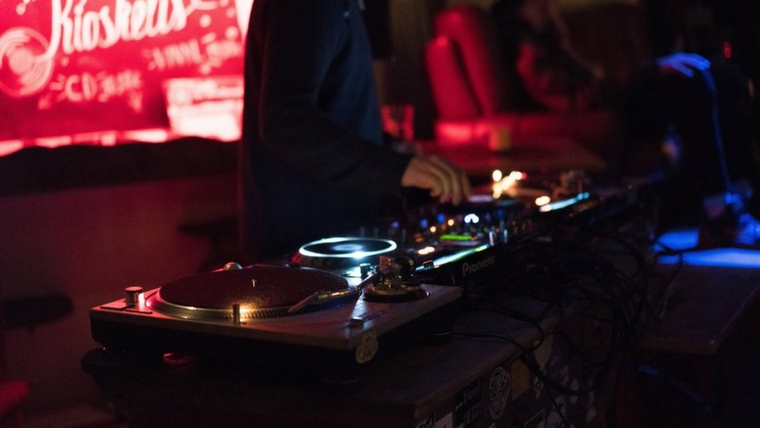 There’s plenty of rising talent happening in the electronic music scene right now, but who are the cream of the crop? Well, get your dancing shoes on, because we’re taking you on an underground journey into the world of club bangers! Here are the best up and coming electronic artists to watch right now.

DJ/Producer, Matthew S, has been making waves in the electronic music scene since 2006. He produced his first experimental album ‘Call Me by Your Name’ in 2015, collaborating with fashion designer Von Felthen. The originality of this amniotic, rhythmic album earned him the Best New Generation 2015 by MTV.

Matthew created one of our favourite videos made with Rotor for his remix track ‘Tokai’, check it out below!

P Tee Money is an DJ from London, England. Real name, Prince Thompson Iyamu, he discovered music from a young age and drew influence from artists such as George Duke and Earth, Wind and Fire. He eventually connected most with progressive house music and began his career as a club DJ in the early 90s.

Since then, Prince P Tee Money has dabbled in acting and modelling and even launches his first book ‘The Players Code’. He has now gone back to his routes and is continuing with his passion for music. We can’t wait to hear what he’s got coming next!

Leeds based DJ/Producer, Matt Fear, is a leading the way the UK electronic music scene! His music is a bass-heavy take on nu-disco/house proving popular all over Europe. As he has mastered the art of music production, Matt’s melodies have elaborated and his beats have increased in tempo.

He made his breakthrough with his remix of Lee M Kelsall’s ‘On the Road’ which was released on Jamie Jones and Lee Foss’ Hot Wave imprint.

Since then, Matt has played all over the world, touring South America and South Africa and playing at Snowbombing Festival. Matt Fear is definitely one to watch!

You may also like: How Internet Changed the Music Video

Yorkshireman and DJ/Producer, Jack Overman, is an exciting new talent who we’re expecting to see big things from in the future. Now based in Southampton, Jac studied Digital Music at Southampton Solent University and is the co-owner of ‘Want More Records’.

If you’re into House, Techno and UK Garage music, be sure to check this guy out.

Machu is a tech-house producer based in Milton Keynes and London. He is one half of Bass production duo ‘Immola’ and resident DJ at Lucid Club, Leicester. At just 20 years of age, Machu has the potential to become a big name in the electronic music scene… watch this space!

DJ/Producer, Etherwood, earned a name for himself as one of the most promising young talents in the electronic music scene today. Hailing from Lincoln, he’s now based in London and has already received support from the likes of Radio One, 1Xtra, Rinse FM and Capital FM.

Etherwood started producing Drum and Bass music just 2 years ago, combining reverb-heavy guitar and delayed piano rolls to his tracks, creating an atmospheric fusion like no other.

After the overwhelming success of his first album realise in 2013 with support from the likes of Netsky and Sub Focus, he went on to bag himself ‘Best Newcomer DJ’, ‘Best Newcomer Producer’ at the 2013 D&B Arena awards.

We’re addicted to his video made with Rotor for track ‘Fading Me By’, watch below.

Who said three’s a crowd? London residents Archie Ward, George Renwick and James Levey make up Felon. Their credible house grooves have increased massively in popularity over the last few years, earning them bookings all over Europe including Sankeys Ibiza and supporting Chase and Status at club Amnesia.

Danny Howard, Duke Dumont, Monki and Mistajam are all big fans of Felon and it isn’t hard to see why. These guys are electronic music heaven!

London based DJ/Producer, Weiss, dived into the electronic music scene in 2013 with his hit single ‘My Sister’, quickly receiving support from the likes of Groove Armada, Green Velvet, Pete Tong and Loco Dice.

Weiss has since released music which has inspired artists such as Eats Everything, Annie Mac and Gorgon City and he was given his own residency ‘Weiss City’ at critically acclaimed London Club ‘Egg’ in 2016.

Weiss is an ambassador for real house music including the original Jackin’ Chicago house. He has toured and performed on some of the biggest stages in the world and is showing no signs of slowing down.

This widely ranged, high quality skill set is what makes Linded Jay special. He has toured over 5 continents with the likes of Reeps One and DJ Q-bert and drumming on Paloma Faith’s single ‘Upside Down’.

Since then, he has stepped into the limelight as an artist in his own right, collaborating with close friend Shify K3y releases with Diplo’s Mad Decent Label. We can’t wait to see what else he has up his sleeve!

Dirty Freek has been making waves in the house music scene for some time; chances are that you’ll have heard one of his productions before!

His DJ sets are filled with unforgettable mash ups, playing an eclectic mix of music from disco house all the way through to DnB which has earned him top spots across numerous dance charts.

These days you’ll find Dirty Fleek hard at work in the studio working on reinventing his creations. Excited? Us too!