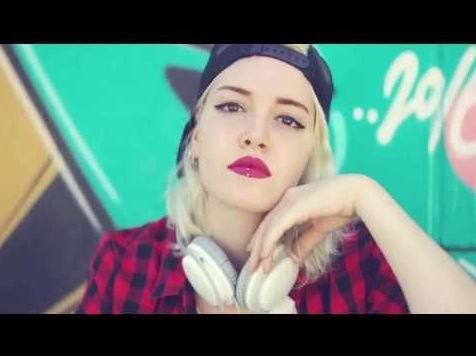 Get inspired and check out some of the best music videos created by artists with our music video app.

Here at Rotor, we love to shine a light on the top quality work our users create. This is why we just had to share our list of the best music videos made using Rotor. If you’re craving some music video inspiration, give these a watch and see how other successful acts have used our music video app to full effect.

We’re going to start this list of with one of our favourite music videos on Rotor. This thumping electronic track from Matthew S with its contagious beat is made even more effective with its quick paced image transitions and greyscale shots offset by bold coloured shapes. A true taste of what you can achieve with Rotor.

With deep electronic beats and synths, this track was crying out for an atmospheric vid. From New York Times Square to the streets of Shoreditch, this music video builds a sleek, urban feel. You can’t help but be a spectator in a crowded city.

We can’t help but watch this music video time and time again. Adrian Artega’s smooth bars drip off the track to the backdrop of underground graffiti shots taken from the unseen streets of London. A true urban artist with a music video to match.

This feel good tune by Timo Wright and Shean Williams is our Summer jam right now! It’s a vibe reiterated by the clips too. From sun kissed beaches to pumping club shots, friends snapping selfies to late night dancing in front of a neon lit ferris wheel. This video just puts us in a great mood.

Throughout this clip we’re treated to psychedelic colour changing rural landscapes set to chilled electronic beats. We can’t help but love it!

This high energy hit has a music video to suit. With its low-lit green filter and retro style, it’s a hit that gets in the mood to dance.

Daphne Dash – To The Moon

Daphne Dash’s R&B banger ‘To The Moon’ is as fresh as they come! Using the ‘Dreamer’ style, this clip wouldn’t be out of place on MTV Base.

Etherwood X The Pharcyde – Fading Me By

With an urban feel coupled with feel-good shots, this high energy tune perfectly captures the atmosphere of city life in the summer. Chilled while upbeat and fast paced, we’re addicted to ‘Fading Me By by Etherwood’.

Now for something a little different. Slimegrinder is a D.I.Y. grindcore act based in Sweden. This short promo video echoes the high octane, adrenaline fuelled tunes you can expect from the band.

Joseph Tonelli – Wolf in Your Blood

We adore Joseph Tonelli’s soft folk track ‘Wolf in Your Blood’. From its dreamy lyricism to the vintage style shots of Joseph playing a guitar wearing his wolf mask, we can’t help but love this.

This is Joseph Tonelli’s second feature on this list – this guy’s got some great videos. This tune is far moodier than his last piece. This is echoed in the lonely, reminiscent vibe of Dust & Snow’s music video.

This original electronic song from Florio demonstrates the talent of this up and coming artist. The video perfectly complements the mood of the track while its constantly distorting shapes make it captivating to watch.

This chilled electronic tune set behind haunting vocals is a must listen. The video is simple yet hugely effective with its use of filter and retro movie style cuts.

This original rock fusion from Alanscottproject is a thumping electric guitar lead instrumental track guaranteed to get you pumped up. The music video reiterates this aggressively cool mood created by the talented musician.

Another entry from Alanscottproject. Described as an ‘in-yo-face aggressive rock fusion’, this ideally song is complemented by its stylish psychedelic video.

This electro ballad transports you to another world with its mysterious CGI silver figure constantly cutting in and out of frame. This is a seriously stylish futuristic video for a quality tune.

Till You Switch Off the Lights – Noir Trio

This jazzy melody evokes images of late night city rides and film noir-esque vintage shots – and that’s exactly what the music video offers. This is a clip created by musicians who truly understand the mood they’re attempting to conjure.

Coming from the debut album ‘Innocuous’, this track is a smooth and stylish hit that oozes electro-pop vibes. The video is a haze of late night clips and flashing traffic images. We can’t help but think of this as the epitome of a 4am journey home track.

Moody, atmospheric and sultry, this song is a delicious mix of saxophone and visceral beats. The accompanying music video proves that sometimes it’s best to keep things simple.

With images shot from a window of a train racing past a cityscape cutting to clips of a lonely saxophone player, all set with a soft tone filter – this is a music video that evokes feelings of mystery, anxiety and a little hope.

With electronic images and interesting techno effects, PEJE really captures the true meaning of the dubstep/EDM vibe. The music and the imagery merges together seamlessly to create the perfect techno music video.

More than just adding an electric filter to the video, Techno Wobble incorporates images of New York subway trains, trees and mixers. Combined with a chilled techno music with a hint of dubstep makes the perfect electronic music video.

‘Palomino’ a track created by Gemma Hayes and remixed by Will Pharaoh creates the ultimate chilled out pop-techno genre to the video. Featuring images of Gemma Hayes, herself with New York subway trains, horses and nature.

Music composed and produced by a Danish producer Max Andersson. Andersson creates a futuristic video to pair with his electro-pop track. With a hint of classical notes embedded, he manages to combine two opposing genres into one distinctive track.

Broke Homeless and Dying – Why

A rock fan? You might be interested in this. Broke Homeless and Dying creates an alternative rock music video to their tune ‘Why’. By keeping it simple, they’ve shown images of birds, blue skies and sunsets, giving a raw earthy vibe.

An exciting collaboration from Macy and Kerry Reeve “Let Me Go” shows major uplifting melodies and emotional lyrics that brings feelings back to the dancefloor with a touch of EDM. The video no doubt gives of a fun, carefree feel to the song.

Will de Burca releases “Big Picture” to the debut album “Tomorrow’s Light and Darkness”. Unlike many other electro-pop vids, Will de Burca shows colours and vibrancy to his Rotor creation with natural style imagery.

Dance Like A Chicken – Comedy song By Methane Bullet

A soft rock track with a calming feel? At least that’s what you though. The song starts soft and calming and then suddenly builds to a hard rock core. With an amalgamation of genres, Methane Bullet has definitely achieved their intention of a comedic tune.

The Tru – WORDZ The Poet Emcee

With honest rap lyrics by “Poet Emcee”, this tune talks about the MCs struggles in life. With a lot of building, subway, animation and beach shots, you can’t help but become captivated.

“Ballad of a Hollow Man” is from a forthcoming album “A Man Full of Holes”. The video shows images of modern art and blue skies. The track gives off a jazzy, classical mood that’s reiterated by the imagery.

A different genre to his previous song, this tune offers more electric and soft vibes than classical. With interesting vocals and effects, Geof Pearson was able to create a more modern music video.

The Low Countries – The Invisible Ray

An acoustic soundtrack made by The Low Countries incorporates a mixture of nature, people, animation and light filters to create a soothing music video.

A picture is worth a thousand words, Foe Spre Glass Om presents less sound to their music and more horror, scary thrilling images that achieve their intention of making the viewer feel anxious. Watch as your own risk!

Morning After Showdown by Crossfire Hurricanes

This heavy rock track is accompanied by shots of the Crossfire Hurricane band in black and white performing their track to “Morning After Showdown”. This is a truly unique and personal music video.

New Portals – Do It Right

An interesting combination of indie and electro-pop in New Portals’ new track to “Do It Right” makes for a truly artistic music video. With images of roses, the band, piano and light filters creating a unique creative atmosphere.

With all images filtered in “sepia” mode, Kristian Nairn’s track to Beacon shows variation of pop, electro and synthesizers.

Heavily relying on sound effects, beats and synthesizers – Exit the Antichamber creates mood through the use of simple, colourful smoke images.

A strongly influenced techno, electronic, dubstep, EDM music video, Eurofever combines their upbeat soundtrack with a lot of colourful filters to add to their crazy vibe.

Lower Than Atlantis – Something Came Along

Seeing a band in its natural habitat is truly a unique and authentic experience. Lower Than Atlantis is shown performing at a bar in Belfast filtered with bright colours and different shots. A well-constructed music video presenting the bands real identity.

Who needs images when you’ve got filters? Confute seemed to mostly use colourful filters with a black background, showing all kinds of shapes. The soundtrack presents strong beats and bold techno melodies.

A real city life atmosphere, Dollface Devereaux shows the nature of city living by showing shots of buildings, trains, people and busy streets with a hint of vibrant colourful filters. The soundtrack “Don’t Stop” really adds to the inner-city feel.

A creative black and white rap music video created by John, God Knows and MurLi. Featuring the artists themselves, the music represents their raw hip hop, rap and urban identity.

By adding childhood vids with retro style sepia filters, this has the feel of a deeply personal music video.

Craving a music video for your brand? Rotor can help. We are a music video app where any artist can create a professional style budget music video. With the ability to add your own images, personalise text, alter filters plus much more, you can capture the unique identity of your work without paying through the roof. Find out more about the music video plans we have on offer here.