How Internet Changed the Music Video 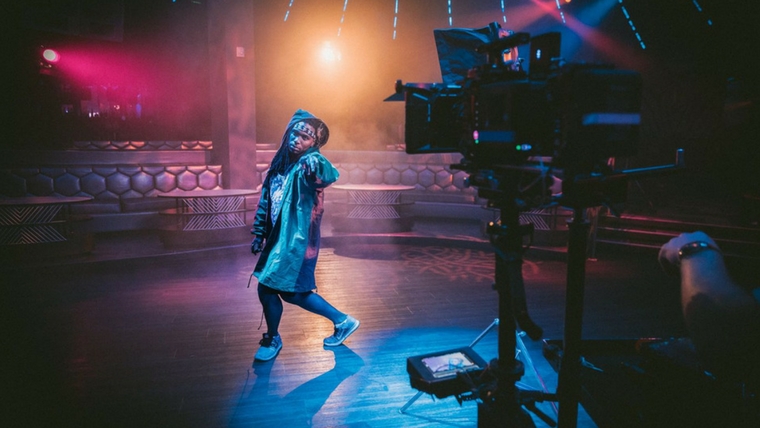 Learn how the web has expanded music videos from music marketing and music promotion tools to fanbase engagement & brand building.

In many ways, music videos have come full circle. Originally a tool for music marketing and music promotion, how have music videos evolved over the years? With the onset of YouTube, the explosion of social media and the resulting globalisation, what ways did the industry adapt? How has internet changed the music video?

The Origins of Music Videos

In the 60s and 70s, music videos replaced the need for bands to travel from city to city playing live shows in order to promote their new music. It also served to promote ticket sales for the live shows themselves.

When MTV hit our screens in the early 1980’s, music videos started to evolve into something a bit different. Still widely regarded as a promotional tool, music videos also became a way for an artist to project an image, tell a story, extend their creativity and enhance their message. The video was about the visual representation of the music.

For a while, the quality of the music video itself was still driving and determining the level of engagement, viral effect and rising number of views. Less concerned with the artistic nature of a video, but more the ‘stickiness’ of its content – similar in many ways to pop music. Catchy dance routines and humorous concepts helped to drive popularity.

Now we’ve reached a time when anybody can create and upload a video, viewers are becoming used to a certain level of ‘YouTube quality’. The visuals are once more less important – the music video is being used primarily for music promotion and fanbase engagement. This time around, there are a few differences.

A Means for Everyday Communication

Firstly, video is no longer kept to the realms of marketing agencies and professional creatives. Video is becoming a means for everyday communication and it’s in the hands of the masses. In the digital world, text came first. Then images. Now video.

Secondly, it’s no longer enough to just release one or two music videos here and there for lead single releases. We’re seeing the emergence of a spectrum of video content required to build momentum around release campaigns, keeping the window of engagement open with the fans for as long as possible.

Check out some of our favourite promotional videos made with Rotor here.

Behind the Scenes Footage

That’s not the end of the story. There’s additional video content being used by artists and labels to build a deeper relationship with audiences. ‘Behind the scenes’ footage from the recording studio, artist’s everyday life or from the tour bus are being used to carefully keep the lines of communication open.

Warning: only use this type of video if the content is actually interesting!

Behind the scenes footage serves to reflect the more human side of the artist and are generally kept to platforms like Instagram and Snapchat. On YouTube, fan videos and user generated content are key to building that close artist relationship. This is part of the reason why apps like Musical.ly became so popular and are so widely approved.

A Necessary Form of Communication

Just as the internet went from being a tool for academic researchers to becoming a worldwide public communication network. Or how mobile phones went from being used by businessmen to being a global consumer product. And even how music creation was revolutionised by audio production software. The music video has become a universally common form of media. Music videos are now part of the internet’s currency and a necessary form of communication.

Got music you’d like to share with the world? Put a music video to it. Our intelligent music video app will help you create high quality videos without the hard work. Just upload a song, select a video style, choose your clips, add some personalised text and get sharing! Find out more about how you can create a seamless video with Rotor here.