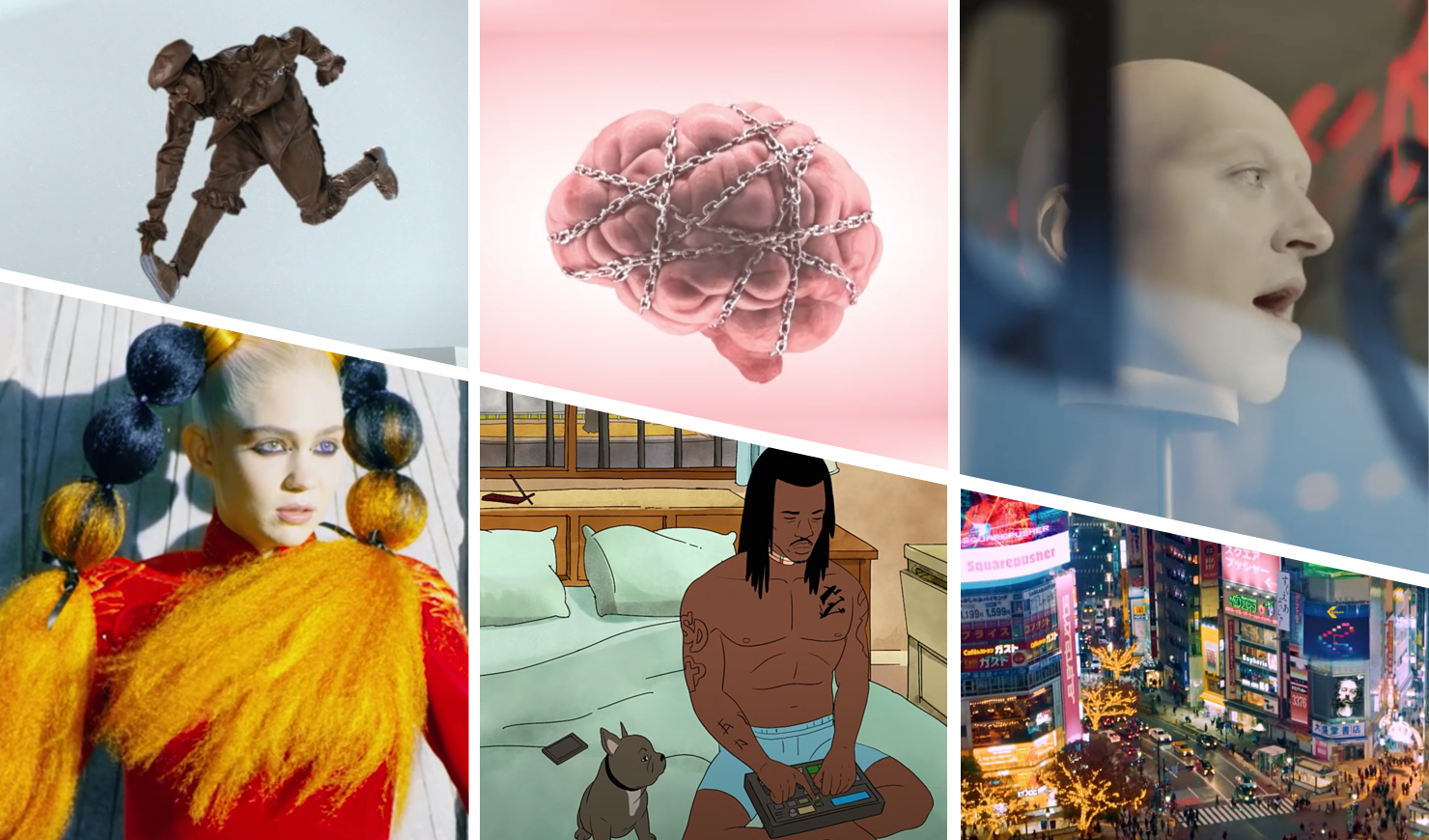 Picking up where he left off in Part 1 of our series, today our head of innovation, Eoghan, counts down his top 10 picks for the most interesting, creative and innovative music videos of early 2020—to help you cook up your own music video ideas, concepts and storyboards.

10. Cool Off by Missy Elliott

Man it's great to see Missy Elliot back making videos. Here they've wisely gone for minimal sets to really highlight the insane wardrobe choices—something Missy has long been killer at.

Usually animation in music videos is used for psychedelic spectacles, but here SiR turns to classical animation to tell a soulful story to a soulful tune. With animation like this, you can tell a detailed narrative story with many characters and locations that would otherwise cost a ton to produce. And he gets extra nostalgia points for parodying the 90s sitcom hit King of the Hill.

How can a recent best-of list be put together without the sci-fi futuro-goth herself? In Delete Forever, Grimes brings the pain of her past into the landscape of the future.

It’s great when an act and director get together and are up for doing something just a little bit weird. The result here is a tale of a modern centaur, half man, half motorbike—but with a 100% human heart.

Mannequin heads in a shop window sing a song? This is one of those ideas that’s so good and simple it's a wonder no one has done it before! Great music video concept. Executed well. Winning.

The great strength of animation is that it can literally bring to life anything that comes in to your head. So why not go completely mental, like in this video by IGORRR, which I bet you'll watch and scrub back through over and over trying to figure out wtf as the track embeds itself into your brain.

Not many music videos make a visual statement about the data driven economy and the privacy concerns that face us from every angle of the modern, urban environment. But this one does. It’s so technically impressive, with a level of visual detail that matches Squarepusher’s granular compositions.

3. Gospel for a New Century by Yves Tumor

It’s quite hard to be original in a performance music video...unless you’re an act like Yves Tumor. I'd love to have been a fly on the wall in those brainstorming and video storyboard sessions. "Demon S&M?" "Okay, let's do that then."

2. Blinding Lights by The Weeknd

We don’t see these kinds of cinematic music videos a lot these days: the growl of a car engine mixed in, exuberant camera movement, deep rich colours, flash close-up cuts. The manic film depicts a wild, drug fuelled night in Vegas. Produced by Oneohtrix Point Never, the track itself is a sophisticated piece of synth wavery; almost a sister piece to Safdie Brother’s Uncut Gems, which Oneohtrix scored and The Weeknd appeared in.

1. What We Drew by Yaeji

Topping my list at number 1 is an example of how music videos can be more than just short ads for tracks. Yaeji’s What We Drew opens with a touching documentary about life in Korea. It sets the stage for a quasi-documentary music video with playful flourishes that slowly builds more and more to a traditional performance style—but never without Yaeji’s creative brushstrokes.

Hopefully my countdown of some of the most interesting music videos of 2020 so far will spark some new ideas for your own music videos. You you can take a look at numbers 20–11 in Part 1 of the series, and don't forget to try Rotor Videos to create stunning music videos of your own in three simple steps—no editing skills required.