The Best Up and Coming Hip Hop Artists of 2017 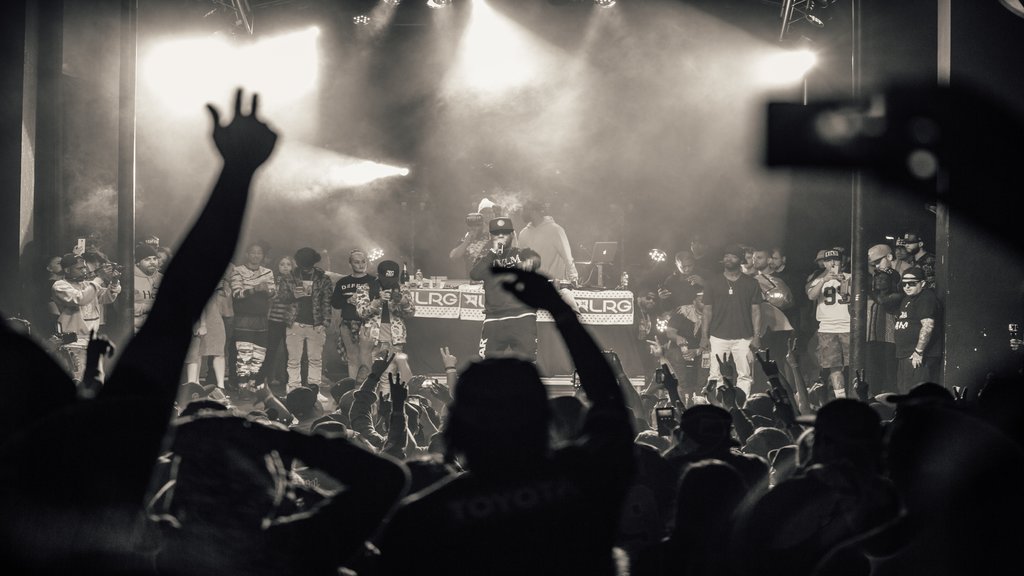 There’s a whole host of reasons to be excited about the future of hip-hop. With an ever-increasing variation in sounds, styles and delivery, the landscape of urban contemporary music is constantly changing. More up and coming artists are channelling their creative talents into the hip-hop genre than ever before, but we’ve managed to narrow them down to a select few. Here’s our picks for some of the best up and coming hip-hop artists that you need to be listening to.

New York based rapper and producer, JOAT SLNM has been producing work for underground artists since 2001, including VINNIE PAZ, La Coka Nostra and Heavy Metal Kings.

His new LP, ‘NEEDLEJUICE’, is an intense and grungy listen that’s ideal for fans of groups like Run The Jewels and Brockhampton. Check out ‘Lenny Dykstra’ below, a gritty and hard-hitting three minute track that features a wide variety of musical samples, from cartoon references to booming, deep drums.

Based in New York, Tone Atlas looks to create a sound reminiscent of the ‘golden era’ of hip-hop with his latest LP ‘Water to Wine’. It’s boom bap rap, authentically urban in its city background, and is definitely worth your time.

He’s been featured on Shade 45, demonstrating impressive freestyle skills, and has a previous project titled ‘Hors D’Oeuvres’ that can be found on SoundCloud. We’re certain you’ll be sold on his clean delivery and laid-back flow.

Rosati, a fresh artist from LA, has been perking ears up with his jazzy and soulful Hip-Hop.

His new track ‘Midnight Savages’ follows this trend and is skeletal, minimal and sinister, adopting a retro horror aesthetic for its featured video. Edited and reworked clips from Night of the Living Dead provide a visual backdrop for the spacey, eerie beat, as the track’s features deliver bars thick and fast throughout its four minute run time.

It’s all very tightly produced, technical and impressive. Wherever Rosati looks to take his craft next, we’ll be sure to keep a keen eye!

This three-piece Arizona group have been making waves in the alternative hip-hop scene for quite some time and are back again this autumn with their new EP, ‘Drive It Like It’s Stolen’.

This latest release is a follow up from 2015’s ‘Floss’, a consistent and exciting work that frustratingly never reached mainstream audiences.

This new collection of tracks are introspective and low-key, with bouncing beats and menacing undertones throughout. Check out the track ‘Boom (x3)’, a piano-led banger that drips with creepiness and anger. We’re eager to see what happens from here in 2018 and where Injury Reserve will go moving forward. Here’s hoping for continued success and growth.

Woods is an alternative hip hop artist from New York, having found previous success establishing Backwoodz Studioz and acting as one half of the duo Armand Hammer.

His latest album, ‘Known Unknowns’, is his sixth solo work and makes obvious his roots in golden era hip hop. Featuring loose concepts with a focus on accessibility, it’s easy to enjoy and worth a listen if you’re a fan of traditionalist hip hop sounds.

A hip-hop duo from East London, HRhymes offer solid hooks with rapid wordplay, as their latest track discusses frustrations and personal suspicions over a trap-inspired beat. It’s aggressive and free-flowing and is an excellent example of forward-thinking UK grime, with frequent wordplay and strong storytelling.

‘Roads’ was made using the Rotor ‘Beatbox’ style through our video service. Check out some of the other awesome videos made using Rotor.

Southern California is no stranger to hip hop culture - Mic Bles grew up surrounded by urban art and music, establishing himself as a freestyle artist at a young age. Teaming up with producer Hustle 1, he co-founded Jus Da Ill Music and is continuing to create new tracks and sounds in 2017.

With many different routes to take when adapting a musical tone in hip-hop, it’s often refreshing to take things back to basics. Mic Bles is a perfect example of an old-school sound that works, focusing on tight lyricism and flow with easy beats. His new song ‘Future of BOOMBAP’ is self-aware and celebrates the traditionalist hip-hop style.

You may also like: Best Music Videos Made with Rotor

His latest LP, ‘Sounds of the Great Ones’, features appearances from a wide scope of names, including Inspectah Deck, 9th Prince, The Artifacts, The Cella Dwellas and CRayz Walz. The lead single titled ‘Psalms 76’ offers cram-packed lines of wordplay that adapt to the instrumental’s strengths. It’s atmospheric, epic in scale and features a dark and cult-like aesthetic that’s made obvious by the songs visuals.

Featuring colourful instrumentals and upbeat vibes, James Lindsey’s 2017 LP ‘Same Sky’ is a breath of progressive fresh air. Following similar styles and deliveries to artists such as Chance the Rapper and earlier Kanye West, Lindsey provides dance-worthy music amongst quality lyrics that offer something for every hip-hop fan. ‘Same Sky’ opens with the strong ‘Wanna Shine’, while songs such as ‘Rainbows’ and ‘30’000 Ft’ keep the tempo up throughout the 30 minute run time.

This is the perfect, modern hip-hop sound that 2017 demands. One we’ll be watching closely from here on out!

Following Lindsey’s tone, Down 2 Earth provide similarly bubbly, fresh beats and raps on their latest LP ‘Fair Share’. Its sunny tone and laidback composition make it irresistible and distinctive from much of its competition, with a bouncy style and pleasing tone. Check out the standout track, ‘DNA’, below.

One third of the collective minds behind 2017’s ‘G-Worthy’ LP, G Perico is often described as the modern day Eazy-E. While it’s obvious where these comparisons are drawn, especially in terms of delivery and vocal flavour, G Perico offers something distinctively modern in his approach. This is perhaps most obvious on his latest release ‘Affiliated’, a funk-infused braggadocios track that discusses institutionalisation and association with gang culture.

The progressive approach presented here celebrates both old and new, making G Perico a definite act to watch in the coming years. There’s plenty of talent to explore and develop here, and with his next album ‘2 Tha Left’ releasing soon, it won’t be long before we’ll be able to see exactly where he’s headed.

Born in Seattle, Key Nyata has found moderate exposure with ‘No Limits’, a track taken from his recent ‘No Way’ LP. A moody, atmospheric and dark project, Nyata brings his own unique identity to an otherwise oversaturated style, presenting himself as a hostile and hungry individual.

With an airy beat and elastic flow, Nyata continually lowers and then raises the intensity of his delivery, tuning his aggression appropriately. It’s an engaging tactic, one that works well with the music behind the vocals. With the breakout of ‘No Limits’, it’ll be worth keeping tabs on Key Nyata’s next step.

A further example of the continued engagement with the boom bap sound, Radamiz offers a youthful, modern approach to a predominantly traditionalist New York style. With trap flavours peppered throughout his last project ‘Writeous’, he fires bars at an impressive rate, bending to the edges of bass-heavy, spacey instrumentals.

Make sure to give his track ‘God Talks To Me A Lot’ a listen. The song features Madwiz and boasts well-balanced hook vocals that complement Radamiz’s frustrated and aggravated vocal delivery. It’s proof that boom bap is not a just a product of past glories and very much still has a place in the trap-heavy mumble rap era.

The standout track ‘Too High’ is a celebratory drug-heavy track that’s as comic as it is solid, and by far the most recognised of his catalogue. There’s not much heavy subject matter here, just solid production and vocal deliveries.

You may also like: The Best Up and Coming Electronic Artists to Watch Right Now

Get your music noticed with a music video from Rotor Videos! You don’t need a studio, editing skills or wads of cash to make a professional music video. We can help you. Just upload your song, select a style, add any clips of your own and we’ll do the rest for you. Cheap, easy and professional. Find out more about how to make your Rotor Video here.